TCW's Catholic Images: The (Planned) Attack on the Pope 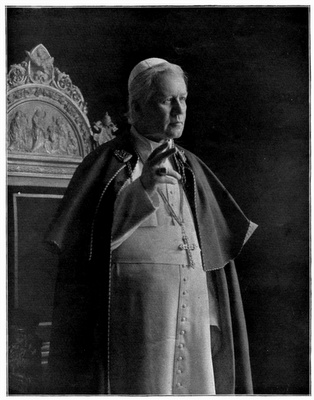 "I see the Russians at Genoa." (Prophecy of Pope St. Pius X) St. Pius X, had terrifying visions of a successor of his forced to flee into exile. Just prior to his death (August 20, 1914), Pope Pius X had a vision: "I have seen one of my successors, of the same name (Giuseppe) ... He will take refuge in some hiding place; but after a brief respite he will die a cruel death." The same Pope also foretold war for the year 1914, and during his death agony (in 1914), he said: "I see the [1.] Russians at Genoa." [1.] "... Russians at Genoa" Reference to the Communist masonic captors of Pope Gregory XVII - who guarded the hostage pope's every move in Genoa (Italy), where His Holiness was exiled.

"The true friends of the people are neither revolutionaries nor innovators but men of tradition." -Pope St.Pius X