(10/11/12 Buenos Aires, ARG) At the "Catholic" University of Argentina the Head Chancellor "Cardinal" Bergoglio (A.K.A. Antipope Frances) is shown awarding an "honorary doctorate" to the perfidious Rabbi Abraham Skorka - who then gave a speech extolling, "the profound ideal of the Zionist movement" ... that the Catholic Church is "Anti-Semitic" and other things not fit to print. These fellow Assassins of Christ jointly published a book in 2010.

"It is known that the Jewish people are polluted with wickedness, blasphemy, and the shedding of the blood of Jesus Christ so that their wickedness has no limit." -St. Felix of Toledo ("On the Condemnation of the Jews," Council XVII of Toledo, Spain, Canon No. 8) 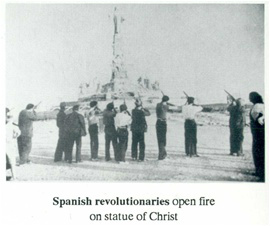 In a "celebration" on October 11, 2012 held at the (Anti)Catholic University of Argentina, (for the 50th anniversary of the opening of the apostate Vatican 2 Council) - the V2 sectarian, "Cardinal" Bergoglio (A.K.A. Antipope Francis: Mr. B) awarded an honorary doctorate to his very close friend, the Talmudic Rabbi Abraham *Skorka. He then warmly embraced the deocide to resounding applause.

*The current rector of the Latin-American Rabbinical Seminary of Buenos Aires, Argentina.

The perfidious pest Skorka proceeded to give a speech (with Mr. B in view as the master of ceremonies) of the most blasphemic nature against the Holy Roman Catholic Faith ... which was met again with loud applause by all the infidels in the packed auditorium. This publicly manifested act alone, by Catholic law, placed the latest V2-sect Antipope "Francis" (ipso-facto) under the damning condemnation of the 4th Toledo Council (learn more below).

(Note: this was (1.) not at all Mr. B's first violation of the eternally-binding Canons of the Glorious (2.)Toledo Councils. [Also:] ... Undoubtedly many True Catholics have resided in Argentina -although its history does show it was one of the main places that the Jews (who were justly thrown out of Spain and Portugal - known as Sephardic Jews) settled. Many South & Central American (3.) countries have had a long history of Marrano Jew infestation.

(2.) More from the Toledo Councils to better understand that the Church wants and teaches to: destroy the Jewish sect:

(SIXTEENTH COUNCIL OF TOLEDO) Canon 1. — Notwithstanding many writers of the ancient fathers, and promulgated laws extant, condemning the false belief of the Jews, yet, as the prophetic record declares, the sin of Judah is written with a pen of iron, and with the point of a diamond, they still persevere in the blindness of their obstinacy on a yet harder rock. It is too plain that the walls of the Catholic Church are often attacked by the engines of their infidelity. Therefore they must be unwillingly corrected, or awfully crushed while perishing for ever imder (under -ED) the judgment of God.

"It is the laudable practice of skilful physicians to press the art of healing on those who sufier various diseases, until they accept the wholesome remedy. Then, as the earnest desire and ready devotion of our glorious and Christ-loving king, Egica, are willing to provide the virtue of this admirable medicine for them, that either they be converted to the faith, or if adhering to their infidelity be more severely treated, by his command and exhortation our council has unanimously resolved:"That all provisions contained in the decrees and laws of our predecessors in the Catholic faith, for the destruction of their perfidy, shall be more strictly enforced by all ecclesiastics and magistrates; and what we now ordain shall be equally zealously observed." (A list of stringent sanctions against the Jews is then enumerated by the canon. -ED)

(3.) A large number of Sephardic Jews from these regions would eventually migrate (in the mid 1600's) to the Dutch Colony New Amsterdam, in New Netherland (later renamed New York City, New York by England).

The following excellent excerpt which exposes the bogus V2-sect "popes" (like Mr. B) and their lackeys, is from the Veritas Staff's classic, "Death Blows to Vatican Council II", 1979:

Apart from Execrabilis and the Vatican Council, how can we be sure that a council favoring Jewry at the expense of the Church and Faith has the DISAPPROVAL and CONDEMNATION of the Church? We are guided to certitude by Canon 58 of the Fourth Toledo Council held in Spain at the height of the Jewish influence in that nation (see Veritas, July-October 1975, pp. 33-34).

"There is concern over those members who - in showing support and favor to the Jews against the faith of Christ through accepting presents from Jews or aiding their perfidy and according them protection, knowing such persons belong to the body of Antichrist since they work against the Faith.

Accordingly, every bishop, priest, religious or layman who in the future give support to Jews against the Christian Faith, be it through briberies or favors, shall be regarded as profane and blaspheming God, and shall be excluded from the Communion of the Catholic Church and shall be regarded as not belonging to the Kingdom of God; for it is no more than right, that those who reveal themselves as protectors of the enemies of the Lord, be separated from the [Mystical] Body of Christ."

This Canon, striking a death blow to V-2, is but one of a series of Laws against the Jews and for the protection of the Church enacted by the many Toledo Councils. This sweeping Canon is important and useful against the V-2 Council for two reasons.

First, the Canons of the Toledo Council were declared to be ETERNALLY BINDING and constant. Meaning that this Canon against Jewry can never be changed or repealed or declared inoperative or as having no application to our times. Secondly, present at the Toledo Councils was a Legate of the Supreme Pontiff to offer advice and give acquiescence to the laws adopted. Thus the Canons of the Toledo Council against Jewry and against those in the Church giving aid, comfort and protection to Jewry in its warring against the Church and Faith are the eternally-binding Judgments of the Holy See. These Judgments are especially applicable to today's subversive campaign by Jewry with its preposterous assertion that Holy Scripture and the Catholic Faith are "anti-semitic" and "offensive to Jews" and so must be changed to conform to the anti-Christian mentality of the synagogue.

Accordingly, the moment (Antipope) John 23 called the V-2 Council as a favor to Jewry and in support of its war against Christ and His Church, at that very instant was (Antipope) John 23 automatically separated from the Kingdom of God, on earth and in Heaven, as adjudged by Canon 58 of the 4th Toledo Council. So, too, did (Antipope) Paul 6 separate himself from the Kingdom of God and the Catholic Church in his continuing and implementing the illegal and execrable V-2 Council called to give support to Jewry against the Christian Faith. You could not pray for anything to be more clear, more certain. Canon 58 of the 4th Toledo Council is the clincher, dissolving all doubts.

What constitutes actions favoring and supporting Jewry against the Christian Faith? We will list a few obvious ones.

The list could go on and on. It is impossible for anyone to participate in the works of the Jewish V-2 Council and not aid Jewry's war against Christ and His Church. Punishment for supporting and favoring the enemies of the Faith is separation from the Kingdom of God both on earth and in Heaven, as Canon 58 adjudges.

"To adhere to a false Bishop of Rome (a false "pope") is to be out
of communion with the Church." -Saint Cyprian, Doctor of the Church
To learn about the One, Holy, Catholic & Apostolic Church founded by Jesus Christ
on the Rock of Peter and the TRUE Papacy (currently in exile) please click here.

St. Cyprian fought and defeated the first Antipope, Novation. There have been at least 38 antipopes in the history of the Church. This works out to about two per century. During the "reigns" of each antipope, there was also a valid and True Pope. In point of fact, in order for there to be an antipope, there must be a True Pope.

The Ecclesiology of St. Cyprian (Church Father):"[St. Cyprian] identifies communion with the Bishop of Rome as identical with the union with the Catholic Church. ... [T]he Church founded by Christ upon Peter for a source and principle of unity is one.' ... These with numerous similar expressions make it plain that Cyprian attributed to Peter a headship and primacy ... over the Church, and so by implication he must grant the like position to Peter's successors in the See of Rome, for he freely allows that the bishop of Rome is the successor of Peter, and that Peter's Chair is at Rome. For the Church as long as it exists and remains one, requires one foundation to sustain its structure and to guard its unity; and the basis of all Cyprian's arguments against the schismatics is that these are as much living realities to-day as in the day when Peter himself ruled over the college of Apostles. [...] Here is how he speaks of the appointment of Novation as Anti-Pope! 'The adverse party has not only rejected the bosom and embrace of its root and Mother, but even with a worse discord has appointed a bishop for itself, and contrary to the sacrament once delivered of the divine appointment and of Catholic Unity has made an adulterous and opposed head outside the Church.' The words emphasized are important as in another place he calls Rome the 'root and womb of the Catholic Church.' What can these expressions applied to Rome mean other than what is understood by naming St. Peter the foundation of the Church and the source and principle of Catholic Unity." (Source: "The Catholic University Bulletin" Vol. 16, 1910 A.D.) 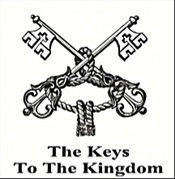 "To adhere to a false Bishop of Rome (a false "pope") is to be out of communion with the Church." -Saint Cyprian of Carthage, Martyr, Church Father & Doctor

Note: The CEOs of vaccine-makers Pfizer and Moderna (which use aborted human babies [cells] in specific ways, in their whole creation of their vaccines) are key attendees at the phony vatican conference.

Antipope Francis has made a COVID-19 vaccination obligatory for journalists accompanying him [the imposter] on a trip to Iraq next month.

I write from Spain. I am very interested in knowing if there is some place near Madrid where true masses are available to the faithful. Because we are not interested in SSPX or sedevacantist masses anymore. Thank you.

Hi and thanks for your inquiry. First see: tinyurl.com/union-w-true-papacy If you have further questions, please contact TCW at: tinyurl.com/the-tcw-staff Blessed be St. Peter, Prince of the Apostles! -TCW

Merry Christmas and God bless all the staff of today's Catholic world.

God bless you for your site.

Please include me in your mailings.

I would like to receive/subscribe to your articles through e-mail. Thank you. I find your articles educational. informative and interesting.

This is extremely interesting to read about this and it helps explain what is happening in the "Catholic Church" today.