Reliquary of The Holy Blood Shed in Jerusalem (Boulogne) 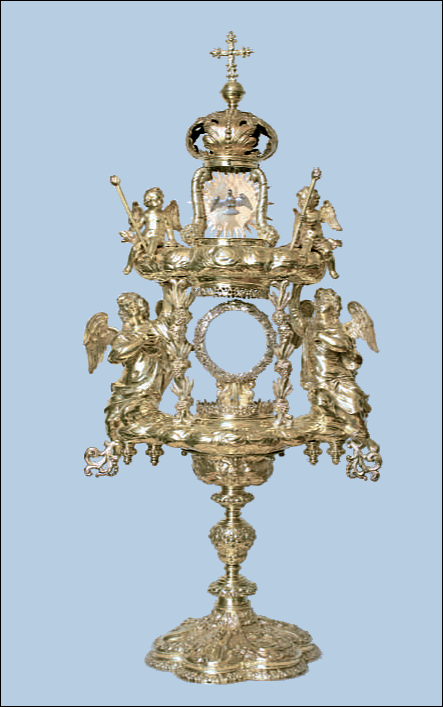 Within the 19th c., Basilica of Notre-Dame de Boulogne [reconstructed after the original Church dedicated to Her from 1090, which Pius V formally declared a Cathedral, was demolished in stages during the French Revolution] is housed the reliquary of the Holy Blood, a masterpiece of 14th c., goldsmithing, attributed to the precious metalsmith, Guillaume Julien. It is the most prestigious work in the Basilica's collection. Created to hold a very important relic [a cloth with the Blood of Christ sent from Jerusalem by the Crusader Godfrey of Bouillon in 1100], it was perhaps gifted by Philip IV of France on the occasion of his daughter's marriage to King Edward II of England, celebrated at Boulogne's Notre-Dame Cathedral in 1308.