"Regarding Marcel Lefebvre, I do have a photo of Padre Pio kissing his episcopal ring when Lefebvre visited him. Now if Mgr. Lefebvre was not an archbishop as you claim, he (Pio) would not show such reverence and acknowledgement to him as a bishop. Padre Pio also told a visiting young Polish priest that he would become Pope (not anti-Pope), and that Pope was John Paul II. Prophecy fulfilled. I do believe in the Catholic prophecies predicting the Great Monarch and the Holy Pope. I've read the prophecies of Marie-Julie Jahenny in the original French, which are contained in the booklet "le saint-pape et le grand monarque d'après les prophecies" by Marquis de La Franquerie." Paul Edouard

Dear Mr. Edouard, Hello. Padre Pio was a verified stigmatist. He was in (bona fide [good faith] it seems, like millions of others) Theological error, in his documented acceptance of Antipopes Roncalli & Montini as popes, and in his accepting their (logically void of authority) heretical Second Vatican Council.

Pope Paul IV, Cum Ex Apostolatus Officio, 1559: "We enact, determine, decree and define: that if ever at any time it shall appear [be manifested] that the... Roman Pontiff PRIOR to his promotion or his elevation as Cardinal or Roman Pontiff, has deviated from the Catholic Faith or fallen into some heresy: the promotion or elevation, even if it shall have been uncontested and by the unanimous assent of all the Cardinals, shall be null, void and worthless. ... (Catholics) shall be permitted at any time to withdraw with impunity from obedience and devotion to those thus promoted or elevated and to avoid them as warlocks, heathens, publicans, and heresiarchs ... ."

Here is just one example of Karol Wojtyla's manifest heresy PRIOR to the bogus 1978 conclave (which was staged by the enemies of the Faith). 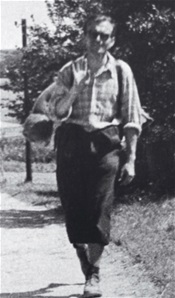 While yet a "cardinal", Karol Wojtyla (A.K.A. Antipope John Paul II) gave a series of Lenten sermons in Rome for Antipope Paul VI in 1976. There he stated:

“Will God really be all in all, given that the Last Judgment entrusted by the Father to the Son will award not only salvation, union with God, but also damnation? …Perhaps…some later phase of the history of salvation — not disclosed in Revelation and the Scriptures — might put an end to this separation between those who are saved and those who are damned,” (“Sign of Contradiction,” by Karol Wojtyla).

The Modernist Karol Wojtyla's truly damning idea (that he first publicly announced [manifested] - and then published in his own book) that the state of "separation between those who are saved and those who are damned" could ever change - is clear manifest heresy.

(Dogmatic Teaching of The Church): The punishment of Hell lasts for all eternity. (De fide.)

"Dogmas of the Catholic Church from Fundamentals of Catholic Dogma", 1952, by Fr. Ludwig Ott

And note: TCW does not give credence to the alleged apparition to the Novus Ordo "seers" of Garabandal, which Fr. Pio publicly did. The videos of those children walking backwards is eerie. Catholics are not bound to accept any private revelations, but are bound (under pain of damnation) to *know and practice the Faith.

*Willful Ignorance (Omission of Due Diligence) Concerning Imperative Matters of the Faith is a Damning Sin:

St. Thomas Aquinas, Summa, I-II, q. 76, a. 1, a. 3, Whether ignorance can be the cause of sin?: "It is clear that not every kind of ignorance is the cause of a sin, but that alone which removes the knowledge which would prevent the sinful act. …This may happen on the part of the ignorance itself, because, to wit, this ignorance is voluntary, either directly, as when a man wishes of set purpose to be ignorant of certain things that he may sin the more freely; or indirectly, as when a man, through stress of work or other occupations, neglects to acquire the knowledge which would restrain him from sin. For such like negligence renders the ignorance itself voluntary and sinful, provided it be about matters one is bound and able to know."

Mr. Edouard, it is true that the majority of the information about Mr. Marcel Lefebvre's invalidity as a priest (and bishop) came to light after the death of Fr. Pio. Still, as Fr. Pio was objectively in error about the legitimacy of Roncalli, Montini, the heretical Second Vatican II Council ... he was also clearly in error in recognizing Mr. Lefebvre, as one with priestly orders.

We pray you see the solidity of these reasoned facts ... time is short.

Praying for the glorious restoration of the TRUE church and the herarchy in exile.

See article, "Not John Paul the "Great", but John Paul the Jew" from site that exposes the Rosicrucian V2-Sect (Link: http://opusdeiALERT.com/opus-deis-rabbis.htm#anti-pope)