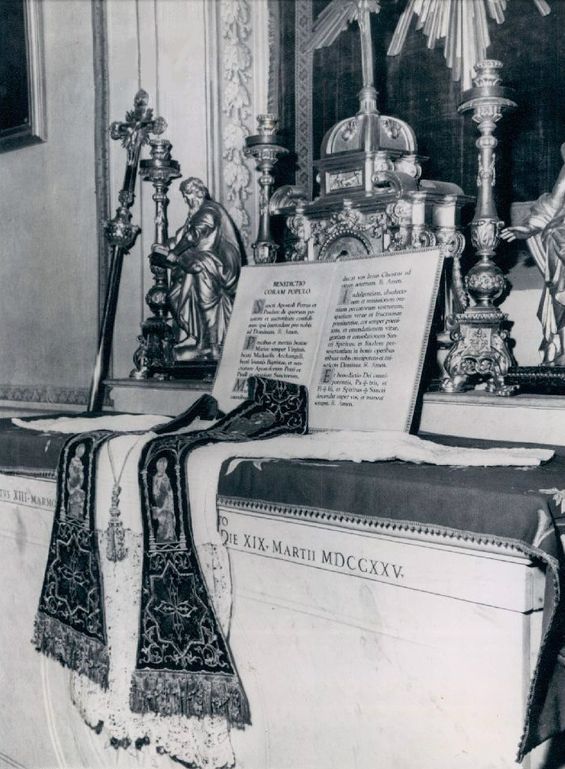 "A sect means a religious society established in opposition to the Church." (From Fr. P. Chas. Augustine's commentary on the 1917 Code of Canon Law, 1922, Imp.)

"Pope loving" sedevacantists pin ALL their "hope" on a mere speculative reflection of an Irish priest, that IN FACT, has NEVER OCCURRED in Church History (cont)

that, an interregnum (he MERELY HYPOTHESIZES SPECULATIVELY) could last 40, 100, 1000+ years, & it would not contradict the teaching on the Church's Indefectibility.

I have heard people speculate if there is life on other planets. God could do this. It is not my concern. My time is spent on getting Peter back His Throne now!

Sede-V's ONLY see a continuous FALSE pope since 1958--why do they remain blinded to believing that Peter HAS perpetual (TRUE) successors? Affected Ignorance?