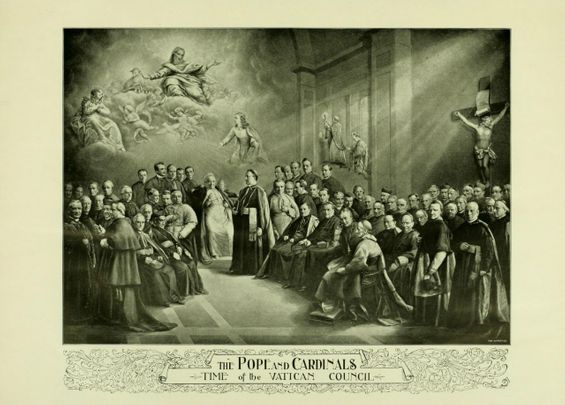 Thank you so much for the information and encouragement.

May I ask which book you used in reference to Fr. Michael Mueller’s statement above? The title of the book, publication date and page reference? Thank you.

Title: "GOD THE TEACHER MANKIND: A PLAIN, COMPREHENSIVE EXPLANATION OP CHRISTIAN DOCTRINE, THE CHURCH AND HER ENEMIES." Published 1880 Imp. Part II of the book, on the Church's Enemies, p. 14.

Please tell me more updated information is still going on in Dec 2017?!m a new convert to the Cath faith seeking only the truth, N.O. & SSPX dont seem truth.

"Credo ut intelligam" (I believe so that I may understand) -St. Augustine

This is so timely! Thank you for citing both the council and the Denzinger #. I have been trying to find this for a friend

My 1950's Catholic education confirmed to me as a child what always remains a TRUTH: God provides a successor Vicar without fail--NOTHING can change that TRUTH!

Hi Stephen, It is so evident that a valid pope cannot contradict the historic teachings of Catholic Church. Since 1958, our valid pope must be in exile. GB PT

Good to see at last the correct wording. Every true and infallible pope since St Peter is a perpetual successor of Saint Peter.