TCW is honored to publish a book that Pope Gregory XVII (who the world thought was Cardinal Siri), wrote about his own dear father. The book "Mio Padre", translated here in English for the first time, was written in 1975.

The text provides rare insights into the background and life of Gregory XVII, and gives glimpses of the hidden suffering he constantly endured. (See perceptive footnotes on p. 55)

When I received this book in 2005, I realised that I was holding a gem that, although originally published only for friends and family, would be a means of edification for all of mankind.

Niccolo Siri lived consciously to be a help to everyone, and he relied on God utterly. You will see that his life is a path to sainthood. He also was very close to his son, Giuseppe Siri, and would help this son through some of the most difficult times that he was to face as the hidden pope, Gregory XVII (October 26, 1958 to May 2, 1989). Niccolo died in 1964, at almost 100 years of age.

In understanding the father, we come to know of the formation and character of the son. Niccolo’s lessons to his son were direct and easy to understand. The father was also a man of prayer who put all of his trust in Divine Providence. He also passed this lesson onto his son.There are no footnotes in the original text, as it was meant for those who knew Niccolo Siri intimately. For the reader’s information, the footnoting is all my own, in an effort to help to clarify meaning and/or broaden the possibilities for layers of meaning. As the Exiled and Hidden Pope Gregory XVII, Siri was under constant constraint, and even this book would have been known about and gone over. I have encountered odd situations of capitalisation and so I have decided to keep the capitalisation exactly as it appears in Siri’s original Italian. Perhaps this will help to deepen meaning if it is there. All intrusions on my part are in square brackets so as to separate them from the text. I have also chosen to stay close to the wording of the text, keeping to Pope Gregory XVII’s wording rather than a breezier translation.

I offer this work to the Sorrowful and Immaculate Heart of Mary, for the triumph of her Heart in my heart and in the hearts of all mankind from the beginning of time to the end of time. Deo Gratias! 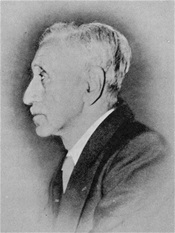 Bittersweet. The joy of the father to be near his beloved son, yet most agonizing to know and probably hear the torments being inflicted on him. Sigh...

This is such a wonderful book and shows what a holy family HH Pope Gregory XVII came from.

this is great, ive been waiting for writings from the papal father.

How simple and majestic, our holy Pope, with parents like St. Anne and Joachim, to whom God gave our Lady in reward for their holiness and our salvation