(Click to enlarge image of Obama with Rabbis, White House 2013)

"Obama said that the US reaffirms the 'friendships and bonds that keep us strong, including our unshakeable alliance with the State of Israel.'" (The JPost 09/23/2014)

The pre-Rosh Hashanah conference call is seen by administration officials as an opportunity to send critical messages out to rabbis days before they direct sermons to packed synagogues during the High Holy Days. (Read here blasphemous Hebrew Superstition. -ED of TCW)

Rabbi William Gershon, president of the Rabbinical Assembly said following the call: "It is gratifying to hear the kind of thinking ... and support that the president put forward... ." 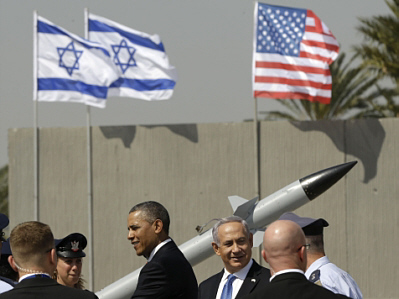 Jews in the Barack Obama Administration

The (US NEOCON BOMBED) Al-Sha’ayrat airbase was the place where Syria fired missiles at attacking Israeli warplanes, 2 weeks ago. Syria downed 1 of the 4 warplanes, hit another & forced the other 2 Jew jets to quickly fly out of Syrian airspace.

Reported: The Syrian air force has resumed flight operations at the same base the US struck with multiple cruise missiles on Friday.

Reported: "ISIS, Al-Qaeda Praise Trump's Attack" - Having perhaps lost the support of much of his anti-war base, Pres. Trump appears to have won praise from the media outlets of (the jihadists) ISIS & Al-Qaeda for his missile attacks on the Assad gov.

The cruise missile attacks on Syria by the US were launched on the 100th anniversary of the United States entering World War One.

Russian and US jets recently flew dangerously close in Syria a US official, Lt.-Gen. Jeff Harrigian, commander of US Air Force Central Command, reported today. Another senior official said that the US pilot could feel turbulence from the other plane.