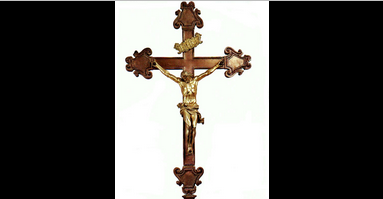 By one man sin entered into this world, and by sin death.

i. If for some wrongdoing a man is deprived of some benefit once given to him, that he should lack that benefit is the punishment of his sin.

Now in man's first creation he was divinely endowed with this advantage that, so long as his mind remained subject to God, the lower powers of his soul were subjected to the reason and the body was subjected to the soul.

But because by sin man's mind moved away from its subjection to God, it followed that the lower parts of his mind ceased to be wholly sub- jected to the reason. From this there followed such a rebellion of the bodily inclination against the reason, that the body was no longer wholly subject to the soul.

Whence followed death and all the bodily defects. For life and wholeness of body are bound up with this, that the body is wholly subject to the soul, as a thing which can be made perfect is subject to that which makes it perfect. So it comes about that, conversely, there are such things as death, sickness and every other bodily defect, for such misfortunes are bound up with an  incomplete subjection of body to soul.

2. The rational soul is of its nature immortal, and therefore death is not natural to man in so far as man has a soul. It is natural to his body, for the body, since it is formed of things contrary to each other in nature, is necessarily liable to corruption, and it is in this respect that death is natural to man.

But God who fashioned man is all powerful.

And hence, by an advantage conferred on the first man, He took away that necessity of dying which was bound up with the matter of which man was made. This advantage was however withdrawn through the sin of our first parents.

Death is then natural, if we consider the matter of which man is made and it is a penalty, inasmuch as it happens through the loss of the privilege whereby man was preserved from dying.

3. Sin -original sin and actual sin- is taken away by Christ, that is to say, by Him who is also the remover of all bodily defects. He shall quicken also your mortal bodies, because of his Spirit that dwelleth in you (Rom. viii. n).

But, according to the order appointed by a wisdom that is divine, it is at the time which best suits that Christ takes away both the one and the other, i.e., both sin and bodily defects.

Now it is only right that, before we arrive at that glory of impassibility and immortality which began in Christ, and which was acquired for us through Christ, we should be shaped after the pattern of Christ's sufferings. It is then only right that Christ's liability to suffer should remain in us too for a time, as a means of our coming to the impassibility of glory in the way He himself came to it.

I second that. Thank you :)