"That Siri... was elected pope is an undeniable fact for those who know what happened. ... The future of the papacy: the Church hierarchy is extremely gloomy."

Excerpt from Fr. Malachi Martin interview on 09/17/1996 in New York, NY - as published by L’Eglise Eclipsée, by Les Amis de Christ-Roi, Editions Delacroix, 1997 Paris. Note: Fr. Martin (d. 1999) was a very controversial figure, who had access to secrets of the Vatican - and was in there, or connected to it, when the freemasonic takeover burst forth publicly on October 28th, 1958, and onward. -ED 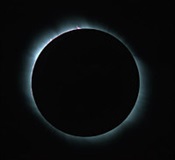 When the masonic infiltrator Roncalli was "Papal Nuncio" in Paris he would visit the Grand Lodge of that city in civilian clothes every Thursday evening as *testified by several members of the French police appointed to guard him. (cont.)

*(This information can be substantiated by Commandant Rouchette, the retired French police at B.P. 151, 18105 Cognac Cedex.)

On Oct 28, 1958 the "freemasonic takeover burst forth PUBLICLY" as that is when the masonic agent, Antipope Roncalli, stepped out on the balcony of St. Peter's, lying, that "The Church has no enemies". (Of course he was Enemy #1!)