Exclusive Photo of a Future Cardinal Made by Gregory 17 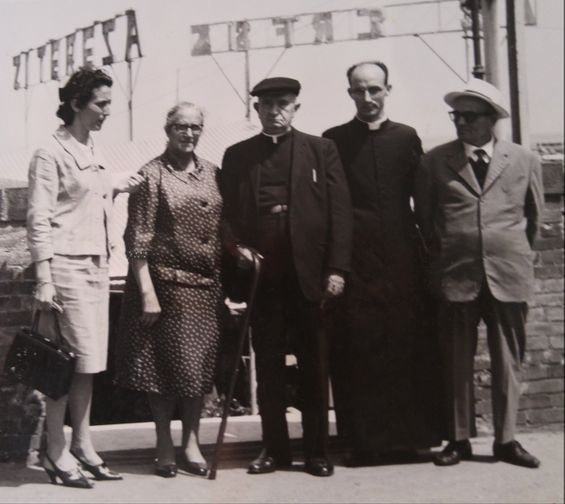 The picture shows the Taramasso family on a trip to the U.S. circa late 1950's. Fr. Carlo Taramasso (the future Cardinal) is second on the right. His father is on his left, his cousin, Mons. Viglerlo, on his right. To the right of his cousin, is the future Cardinal's mother, and next to her is Carlo's sister. Note: Monsignor Carlo Taramasso, of Santa Marinella, was brought in by Fr. Peter Tran to the clandestine meetings with Pope Gregory XVII in June of 1988. Taramasso was well-connected. He was responsible for the keys [security] of the Sistine Chapel at that time, and was essential in bringing the well-known Archbishop Arrigo Pintonello (whom Fr. Tran had never met), to those historic June '88 meetings. Both Monsignor Carlo Taramasso and Archbishop Arrigo Pintonello were created Cardinals by Gregory XVII in June 1988, at the Istituto Ravasco Convent at Via Pio VIII, 28, in Rome. Cardinal Taramasso was also consecrated a bishop there, by the hostage pope. The Italian/English speaking Cardinal, Taramasso, would become the chief confidant and advisor for Pope Gregory XVII, until March 16th 1989, when Card. Taramasso suddenly and mysteriously died, ten weeks after a visit from the infamous "Cardinal" Casaroli of the "Vatican". --- For more info on Cardinal Taramasso see TCW's post, "People Must Change Their Thinking in Order to End Crisis" [scroll down the article] at: https://tinyurl.com/G17-Cards-88

Such beautiful photos, I'm glad they are all being posted and that this history is being relayed to the true faithful.