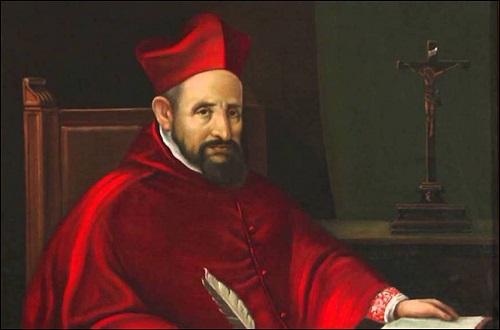 Tacit Resignation: The Incompatibility Between Heresy and Ecclesiastical Jurisdiction

Today is the glorious Feast Day of St. Michael the Archangel. Last week the Editor of TCW continued in his effort, to protect the True faithful, from a (fully documented) notorious and (1.) pertinacious - publicly manifest *heretic, clergyman - named Fr. Khoat Van Tran (A.K.A. "Bishop" Tran).

*"Moreover, we determine to subject to excommunication believers who receive, defend,or support heretics. ... If anyone refuses to avoid such accomplices after they HAVE BEENostracized by the Church, let them also be excommunicated."(Pope Innocent III, Fourth Lateran Council, 1215 A.D.)

On Sept 24th, 2019, TCW posted a much read article, "Tran Says There's 1.5 B Catholics - Pushes Commie Revolt", which showed, just a few of the numerous heresies/errors in Tran's reprobate book, "Catholic Manifesto", that he officially published on June 29th, 2019, Feast Day of Sts. Peter and Paul.

Here is one excerpt *(below) from his anti-Catholic Manifesto, where the commie provides a false teaching - on the Kingdom of God now/and always on earth (The Roman Catholic Church), which was founded on the Rock of Peter, close to 2,000 years ago. And also where he blasphemously dares to claim ! that the Perfect Spotless Bride of Christ, The Church, has "officially" been unfaithful to Her Spouse, Our Blessed Lord:

(1.)  The renowned French Theologian Tanquerey (1854–1932) states: “For pertinacity to exist it is not necessary for the person to be warned several times and persevere in his obstinacy for a long time, but it suffices for him to deny, consciously and voluntarily [sciens et volens] his assent to a truth proposed in a sufficient way, whether he does so out of pride, from the pleasure of contradicting, or from any other cause."

6. "I have some reasons to justify that to build the Kingdom of God on Earth is, indeed, feasible. Jesus wants to transfer this job to those who trust in Him and are willing to give Him their hands.

Tran, you're much worse than a disaster! You publicly manifested heresy in your vile lie (quote from the book you are selling) above, by denying the Catholic doctrine, concerning one of the three attributes of the Church, Her Indefectibility.

This basic, sacred teaching, is in every grade-school Catechism. And you claim to be an Apostle of Christ?!?..a Bishop... from what specific diocese? Prove it. Holy Mother Church allows/wants Her children to ask for the proper documentation, on the background/validy of the orders, of the clergy that serve them, BEFORE THEY RECEIVE SACRAMENTS FROM THEM. IT IS A RIGHT. Put up or shut up! Also repent and "get schooled":

Q. 543. What do you mean by the indefectibility of the Church?

A. By the indefectibility of the Church I mean that the Church, as Christ founded it, will last till the end of time.

Q. 544. What is the difference between the infallibility and indefectibility of the Church?

Tacit Resignation: The Incompatibility Between Heresy and Ecclesiastical Jurisdiction

Canon 188 of the 1917 *Code of Canon Law, affirms that espousing heresy constitutes tacit resignation: “Any office becomes vacant upon the fact and without any declaration by tacit resignation recognized by the law itself if a cleric: …. 4° Publicly defects from the Catholic faith.”

*Note: Although the Code of Canon Law as such is not applicable to a pope, as he is the supreme law giver, it is important to reflect on the canonical doctrine put forth in canon 188 of the 1917 Code of Canon Law, that, through his heresy, a heretic loses his office by tacit resignation. In subscribing to heresy, the heretic excludes himself from the Church. As St. Paul states, he is “condemned by his own judgment” (Tit. 3:10–11). St. Robert Bellarmine teaches the pope manifestly a heretic ceases by himself to be pope: if no one is above the pope, and, therefore, in a position to admonish, judge, or depose him judicially when he is pertinacious in his heresy, has Our Lord left His Church defenseless? No. Because of the very nature of the sin of heresy, the heretic expels himself from the Church. Based on this principle, St. Robert Bellarmine affirms that the heretic pope ceases to be a member of the Church. Moreover, the great Doctor of the Church teaches that when the pope’s heresy becomes public and notorious he ceases to be the Church’s head.

Pope Innocent III (1198-1216): considered one of the greatest canonists ofhis time, explained how a pope who falls into the sin of heresy is “judged".

"The Roman Pontiff has no superior but God. Who, therefore (should a pope 'lose his savor') could cast him out or trample him under foot - since of the pope it is said 'gather thy flock into thy fold'. Truly, he should not flatter himself about his power, nor should he rashly glory in his honour and high estate, because the less he is judged by man, the more he is judged by God. Still less can the Roman Pontiff glory [Minus dico] because he can be judged by men, or rather, can be shown to be already judged, if for example he should wither away into heresy; because he who does not believe is already judged. In such a case it should be said of him: 'If salt should lose its savor, it is good for nothing but to be cast out and trampled under foot by men'."

“To this end faith is so necessary for me that, though I have for other sins God alone as my judge, it is alone for a sin committed against faith that I may be judged by the Church. [propter solum peccatum quod in fide commititur possem ab

Ecclesia judicari.] For ‘he who does not believe is already judged’.” -Pope Innocent III, from his Coronation Day Sermons

According to St. Robert Bellarmine, *all the ancient Fathers teach that “manifest heretics lose immediately all jurisdiction.”

*Note: The universal testimony [teaching] of the Fathers of the Church constitutes part of the Sacred Deposit of Faith, which all Catholics are required to believe.

Someone who has ceased being a member of the Church, because of manifest heresy, cannot enjoy any jurisdiction in it. Heresy and ecclesiastical jurisdiction are incompatible.

CTC: “c. 2232.1. A penalty latae sententiae, whether corrective or vindictive, binds the delinquent ipso facto [automatically] both in the external and in the internal forum...”

…A formal heretic is condemned by his own judgment and automatically sentenced and penalized by the Church law:

Pope Pius VI, Errors of the Synod of Pistoia, 1794, (Condemned propositions): “47. Likewise, the proposition which teaches that it is necessary, according to the natural and divine laws, for either excommunication or for suspension, that a personal examination should precede, and that, therefore, sentences called ‘ipso facto’ have no other force than that of a serious threat without any actual effect,—false, rash, pernicious, injurious to the power of the Church, erroneous.” (Denzinger, n. 1547)

Hence no judgment, warning, or sentence from a competent judge is needed to excommunicate a Catholic who becomes a heretic because heretics are automatically excommunicated by the Church law.

Ecclesiastical ApprobationIn Today's Catholic World (TCWBLOG.com) carries the approbation in writing of the Holy See in exile. It faithfully adheres to the rules for Catholic Journals mandated by Leo XIII in the Apostolic Constitution Officiorum ac Munerum, January 25, 1897 - so heavily re-stressed by Pius X in Pascendi Dominici Gregis, September 8, 1907.

Dear Sirs, do you have info where to find more of Innocent III's Coronation sermons? God Bless You,Dennis

Hi. It seems many of Innocent III's sermons overall [i.e., from reliable sources] are not readily available in English. Yet, some of these gems are. He is an incredibly learned/significant pontiff in Church History.

Tanquerey (1854–1932): “For pertinacity to exist it is NOT necessary for the person to be warned several times and persevere in his obstinacy for a long time, but it suffices for him to deny, consciously and voluntarily [sciens et volens] his (cont.)

... assent to a truth proposed in a sufficient way, whether he does so out of pride, from the pleasure of contradicting, or from any other cause."

According to Canon 1325 of the 1917 Code of Canon Law, a heretic is one who, after having been baptized, and still claiming to be a Christian, denies or doubts pertinaciously a truth that must be believed by Divine and Catholic Faith.