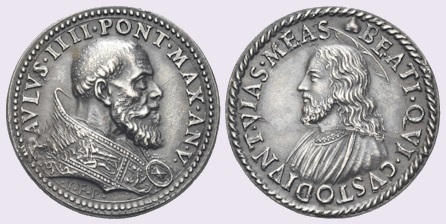 "Even if my own father were a heretic, I would gather the wood to burn him."(Cardinal Gian Pietro Carafa, the Future Illustrious, Pope Paul IV, 1542 A.D.)

Council of Trent: "If anyone saith that Jesus Christ was given by God to men as a Redeemer in whom to trust and NOT ALSO as a legislator [lawgiver] whom TO OBEY, let him be anathema." (Sess. VI, can XXI)