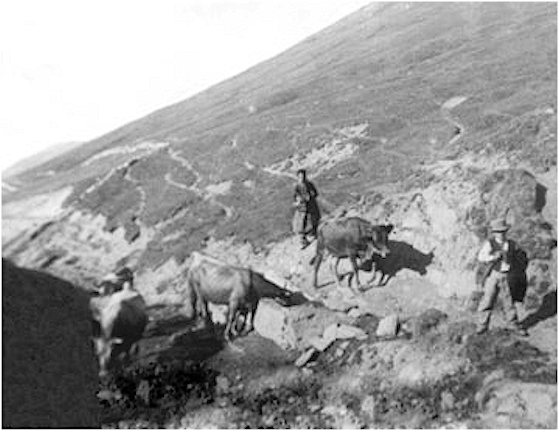 area near the place where Our Lady of La Salette appeared to them, on a slope of Planeau in La Salette, France.

Forty-five small glass photographic plates, from the years 1850 to 1895, were recently unearthed in La Salette, France. One plate shows where Our Lady appeared, another the building of the La Salette basilica.

And also, among these up to 180 year old plates, a special surprise – a photo (above) of Maximin Giraud and Melanie Calvat taken during the period when they were asked to testify at the very site of the apparition. They are pictured standing on a slope of Planeau, in a small ravine where the slopes of Mounts Gargas, Chamoux and Planeau meet. This is an important find! 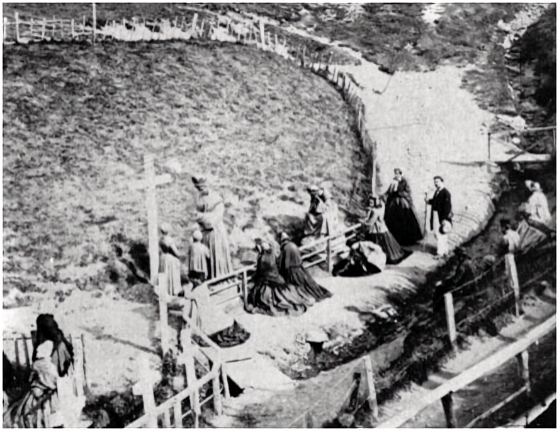 Photograph from the recent discovered cache, taken of the La Salette Apparition site between 1864 and 1868

The "Systematic Stifling" of the Message of La Salette

Important 1852 Book on Apparition of B.V.M at La Salette

Consecration Prayer To Our Lady of La Salette