October 11th: Happy Columbus Day to All our Readers! 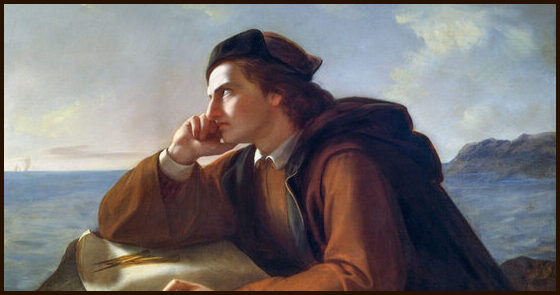 Painting of Christopher Columbus - No Marxist cancel culture crud, will stop TCW from honoring this heroic Catholic explorer, who brought the light of The One True Faith, to the hordes of lost pagans of the New World. ("...he [Christopher Columbus] saw in spirit a mighty multitude, cloaked in miserable darkness, given over to evil rites, and the superstitious worship of vain gods. Miserable it is to live in a barbarous state and with savage manners: but more miserable to lack the knowledge of that which is highest, and to dwell in ignorance of the one true God." -Pope Leo XIII, "Quarto Abeunte Saeculo" On The Columbus Quadricententennial, July 16th, 1892)