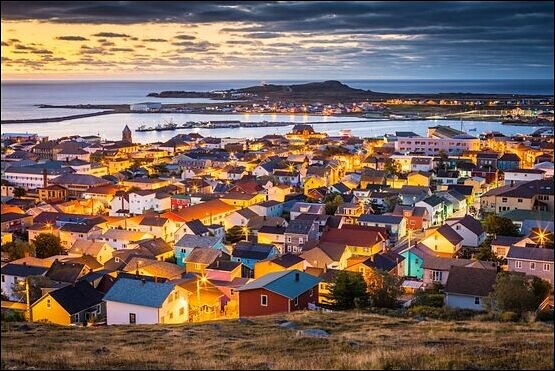 Saint Pierre and Miquelon is the remaining vestige of the once vast territory of New France. On October 21, 1520 the Portuguese explorer João Álvares Fagundes landed on the islands and named the St. Pierre island group the 'Eleven Thousand Virgins', as the day marked the feast day of St. Ursula and her virgin companions. In 1536 Jacques Cartier claimed the islands as a French possession on behalf of the King of France. Though already frequented by Basque and Breton [from Brittany] fishermen, the islands were not permanently settled until the end of the 17th c. (Note: A cathedral, "Cathédrale Saint-Pierre de Saint-Pierre", was completed there, in 1690.)