Inquisition Documents on the Reconciliation of a Heretic

(Image of patio inside the Palace of the Inquisition, Mexico City)

In TCW's continuing efforts of promotion of the Holy Inquisition today - we submit the following official Church Inquistion documents  for our readers to peruse to better "gear up" for the world-wide triumph of the Underground Church. -ED

Documents Pertaining to the Reconciliation to Our Holy Catholic Faith of Joshua Morton, Native of England and Protestant Heretic Who Has Followed the Rites of the Anglican Church Mexico City, October 8, 1720

Self-Denunciation, Audience, and Reconciliation of Joshua Morton, an Englishmen, before the Holy Office, October 8, 1720

In this Holy Office of the Inquisition of Mexico on the 8th of October 1720, sitting in Audience, the Lord Inquisitor Licenciado Don Francisco de Garzarón, Visitor General of New Spain, ordered the entry of a man who came of his own free will, who being present received the oath before Our Lord God and the sign of the cross in true legal form under which he promised to state and respond to the truth in everything that he should be questioned, and he promised to maintain the secret of all that transpired here.

He said that his name was Joshua Morton, and Englishman, native of London, single and a sailor by trade, twenty years old, and he stated that he requested this audience because he has come to recognize by the mercy and grace of God, the errors in which he has until now lived by belonging to the English Anglican Church due to his birth and raising in it, and he realizes that salvation can be obtained only through the belief in the Holy Catholic Church of Rome, which he now recognizes as the only true Church, and he requests to be brought back into the fold and company of its faithful which is made clear in the writing that he presented to his Illustrious Lordship the Archbishop of Mexico, which he shows here, and in order to achieve his goal he was sent here to this Holy Office.

He was asked to state and declare the errors that he says that he had professed in the belief of the English Anglican church in which he was raised. He said that he could not declare all of the errors of the Anglican Church individually because he has not had or received the Catechism used in this church, and as a sailor by trade he has taken little care in instructing himself in this religion.

He was asked to give an account of his life.

He said that he was raised and lived much of it in London until more or less five and a half years ago when he began to navigate and he has made many different voyages to Lisbon, Cartagena, Santiago de Cuba, Jamaica, and lastly he came to Veracruz in the ship named the San Jorge , which arrived last year in 1719, and there due to the war they brought him to Mexico City. He has been living in Chapultepec Castle for about a year, where he has been instructed in the doctrine of the Roman Catholic faith by Father Castro, who is the parish priest in that mountain, and afterward he was instructed by Father Julián Gutíerrez Dávila, the cleric of the oratory of San Felipe de Nerí, where he has been for the past four months.

He was asked if during the time that he was in the ports of Spain, if he had done anything in the observation of the laws of the Anglican Church, which he then professed, and if his soul is now in firm resolution to detest his errors in which he was raised and lived until the present day, and to live and to die in the faith of the Holy Roman Church?

He said that only in Lisbon did he assist at one of the preaching sessions of the English Anglican Church, but that in the rest of the Ports of Spain there are no Anglicans, nor are Anglicans permitted, so in this way he has not done any of these things either then or now, and since he has been in New Spain he has not exercised any of the ceremonies which are proper in the Anglican Church. Having recognized out of the mercy and grace of God the trickery and errors in which he was raised and has lived until now, he seeks to be restituted to the fold of the True Church of Our Lord Jesus Christ, which is the Roman Catholic church, in whose faith and by whose Articles of belief he has been well instructed, and he wishes to live in it and die in it, and thus he now abjures and detests all of the other errors that he had professed and believed, including all of those of the Anglican Church, and all of those of the other sects that are opposed to the doctrine of the Holy Catholic Church of Rome in which he now believes firmly.

He was asked if he knows someone, or anyone in this Kingdom, or in those of Spain, and if he has had contact with them.

He said that he only knows those of his companions who were brought with him to Chapultepec, and all of the other people whom he has treated with have been and are Catholics.

All of this he said was the truth under the oath that he had taken and he affirmed it, ratified it, and signed it.

This passed before me,

Order of Restitution Made by His Lordship the Inquisitor Don Francisco de Garzarón Bringing the Said Joshua Morton Back into the Fold of the Holy Catholic Church, October 8, 1720

And later on the same day, month, and year, the said Lord Inquisitor Don Francisco de Garzarón, having seen the declaration above made by Joshua Morton, a native of England, by which it appears that the said Morton has been raised, instructed, and educated in the dogmas and errors of the Anglican Church, and that he had not been instructed in the mysteries and beliefs of Our Holy Catholic Faith, until he had been brought to this City of Mexico and taken to the Royal Palace of Chapultepec, where they were proposed by Father Castro who assists to the ministry at the said mountain of the Royal Palace, and he quickly embraced them with promptness and docility, and he now requests to be reinstituted in the fold of the Holy Catholic Faith of Rome, His Lordship orders and ordered that the said Joshua Morton should be absolved ad cautelam of the censures in which he could have incurred for the errors which he has previously held and believed, and now has detested in his said declaration, and which touch upon the Holy Office, and he orders him restituted and reinstated into the unity of the Sacrament of the Holy Mother Church of Rome, and concerning this he should be given testimony and certification in the proper form held by law.

This passed before me,

Act of Absolution and Reinstitution into the Fold of the Holy Catholic Church of Rome for Joshua Morton, October 8, 1720

And later on the same day, month, and year, the said Lord Inquisitor Don Francisco de Garzarón, ordered that the said Joshua Morton return to the audience chamber, and in conformity to the previous order and having had the said Morton make all the acts of Faith of the Catholic Church, he upon this Office, he was once again reinstituted into the fold of the Our Holy Mother Church of Rome, and as a testament of this he issued this certification and placed it at the end of the list of papers that he brought to this Audience, and he returned them to him so that he could go and show his priest who had sent him here to this Tribunal, so that it will serve as proof of his reconciliation.

All of this passed before me, 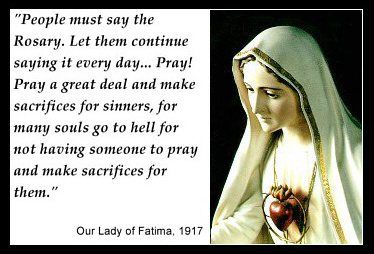 Crucial Information on How to Get Censures Lifted Now

Reception of Converts and Profession of Faith (Roman Ritual, 1944, Supplement for North America)

In Today's Catholic World (TCWBLOG.com) carries the approbation in writing of the Holy See in exile.
It faithfully adheres to the rules for Catholic Journals mandated by Leo XIII in the Apostolic Constitution Officiorum
ac Munerum, January 25, 1897 - so heavily re-stressed by Pius X in Pascendi Dominici Gregis, September 8, 1907