The Cradle of American Catholicity & Civilization 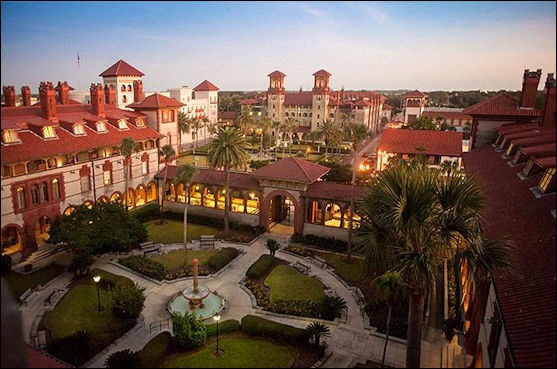 Old St. Augustine is the cradle of American Catholicity and civilization. This lonely Spanish outpost was the first permanent Catholic/European settlement within the present limits of the United States. Its foundation on the shores of Ponce de Leon's Pascua de Florida antedates the coming of the pilgrims to New England by more than a half a century.

Pedro Menendez de Aviles, a Conquistador eager for the conquest of souls for Christ, sailed from Cadiz in June of the year 1565 with eleven ships and 600 men. On August 28th of the same year, he sighted Florida's coast. It was the Feast of St. Augustine. 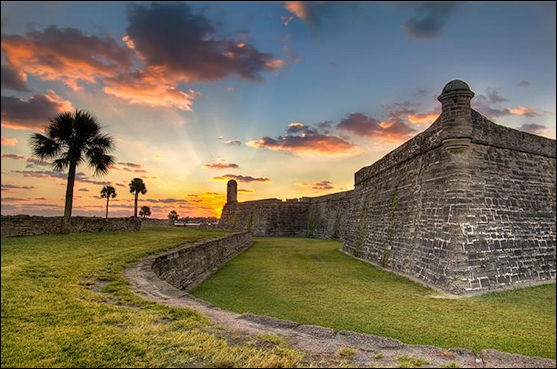 These holy beginnings in the new settlement of St. Augustine were followed by years of intense missionary endeavor. Priests and soldier-catechists carried the Cross of Christ with heroic resolve into a wilderness soon splendid with the blood of martyrs. Hostile Indian tribes, tempered by the mercy of their visitors, were brought in growing numbers to enfold the joy of the True Faith. The spiritual frontier was pushed farther inland in an ever expanding perimeter. And, though the fortunes of St. Augustine and Florida passed through sieges and plunderings and fires, and several different periods of possession by Spain, England, and the newly united American states, the missionary activities begun there carried on to our own time despite all obstacles. (Primarily cited from the book: "Ireland in Florida: Priestly Sons of Erin", c. 1955.)

On this day in history, Sept. 8, 1565, St. Augustine — the oldest city in North America — was settled by Catholic Spain. It preceded the "lost colony" of Roanoke, Virginia, by 20 years, the first permanent English settlement at nearby (cont.)

...Jamestown by 42 years, and the English landing site of Plymouth, Mass., settled in 1620, by more than half a century.

Much of the city of St. Augustine, FL today, looks like classic European cities do. It's a very historically important & beautiful city. Visit it if you can.