Why Info on Coming Great French Catholic King is Hidden 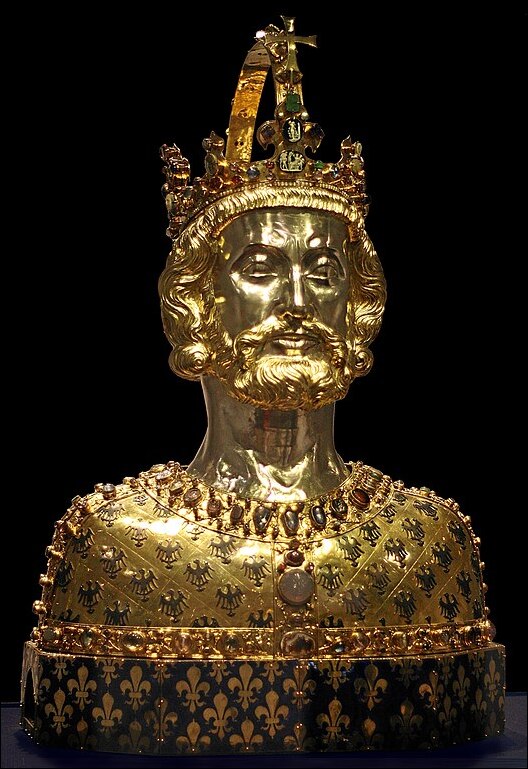 The Karlsbüste (Bust of Charlemagne), created around 1350 A.D., is one of the most significant examples of medieval sacral art. It unites symbols of the Holy Roman Empire and of the French Catholic Monarchs. Inside the noted reliquary is a piece of King Charlemagne's skull.

"Then who will be this Great King?

Marie-Julie has always assured me that Our Lord and Our Lady had often told her that the d'ORLEANS would never reign; right and justice being opposed to inheriting from him that one has assassinated. She never ceased from telling me that he would be a descendant of the King and Queen Martyrs, therefore of Louis XVI and Marie-Antoinette. Heaven has always spoken to her of the HIDDEN KING, because GOD DOES NOT WANT US TO KNOW WHO HE IS SO THAT THE FREEMASONS, THE REPUBLICANS OR CERTAIN PRETENDANTS CANNOT ATTEMPT TO ASSASSINATE HIM. Let us leave to God the care of indicating His Chosen One to us."

*Marquis de la Franquerie was a French Royalist. In 1926 he was appointed editor-in-Chief of the Church Approved magazine, the International Review of Secret Societies. He was made a chamberlain by His Holiness, Pope Pius XII, and was a noted expert at exposing Freemasonry. Hence, he was both greatly respected, and also feared, by certain prelates in his time. It was this background/clout that enabled him to gain access to the hostage pope, "Siri" in Genoa, Italy, on May 18th, 1985. (Read about that historic meeting by Clicking Here.) 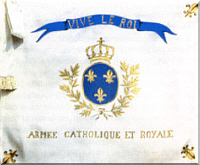 How Grace is Supplied for Catholics Without Mass Options  (And see: here.)

Surviving The 3 Days of Darkness in the Land of St. Anne (See: Brittany, France)

"It will be a great devastation. I, your God, will have purifiedeverything. The survivors [of these trials, which seemingly willinclude the 3 Days of Darkness -ED] must give thanks to the BlessedTrinity for their protection. Magnificent shall My Kingdom of peacebe, and My name shall be invoked and praised from sunrise to sunset."

Dear Reader, the link to donate online (above in red font), securely directs to TCW's Paypal account.Also, for your convenience we have posted this QR Code, that can be used to give, via mobile devices.

Pray for the Triumph of the Immaculate Heart of Mary & the True Papacy!

''She [Marie-Julie Jahenny] never ceased from telling me that he [the forthcoming Great Catholic King] would be a descendant of the King and Queen Martyrs, therefore of Louis XVI and Marie-Antoinette." -Marquis de la Franquerie