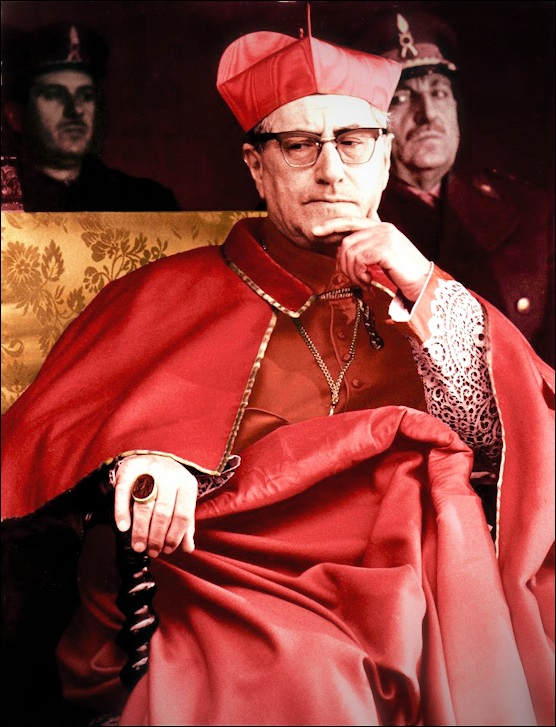 "The language of a good shepherd is the opposite of that which some theologians of the moment say it is. I do not believe in their schismatic proposals. Those who use their ecclesiastical functions to subvert the Church count for something, in reality, only before the eyes of the world, because the Church, which they are intent upon destroying in the name of « Church of the Future Humanity », still exists. Then, there are so many signs, above all in Europe, that indicate that the demolishers of the Church, have had their day.”

"The darknesses cannot win over the light." -Gregory XVII

Clip of Gregory XVII Got Past Jewish/N.O. Media Censors (Video)

Coming to the Rescue of The Pope in Exile (Our *Duty!)

*Venerable Elizabeth Canori Mora on the Neglect of the "Faithful"

"The Church appeared to her [Ven. Elizabeth] standing before the throne of God, supplicating Him to spare her children ... . But the Most High refused to listen, and said to her: "Take the part of My Justice, and judge your own cause." At these words the Church took off all her ornaments, aided by three Angels, executioners of Divine Justice; reduced to this sad state, she became so weak that she could not support herself. Then Our Lord gave her a staff to support herself upon, and a veil to cover her head.

In her desolation she bitterly sobbed, and deplored the solitude  in which her children had left her."

Blessed be St. Peter. Prince of the Apostles!

hi, i'm thomas. I have read this article and I am indeed seeking information about anyone, bishops and archbishops, who disagreed with the vote conducted at the second Vatican Council for all documents issued. can you tell me about that? thanks.

The True Pope "Siri" was under grave duress at the false (V2) council. The "Summa Theologica", VI. Fifth Article explains why that type of duress causes involuntariness in certain (exterior) actions. Abp. Pintonello never signed any V2 docs as well.